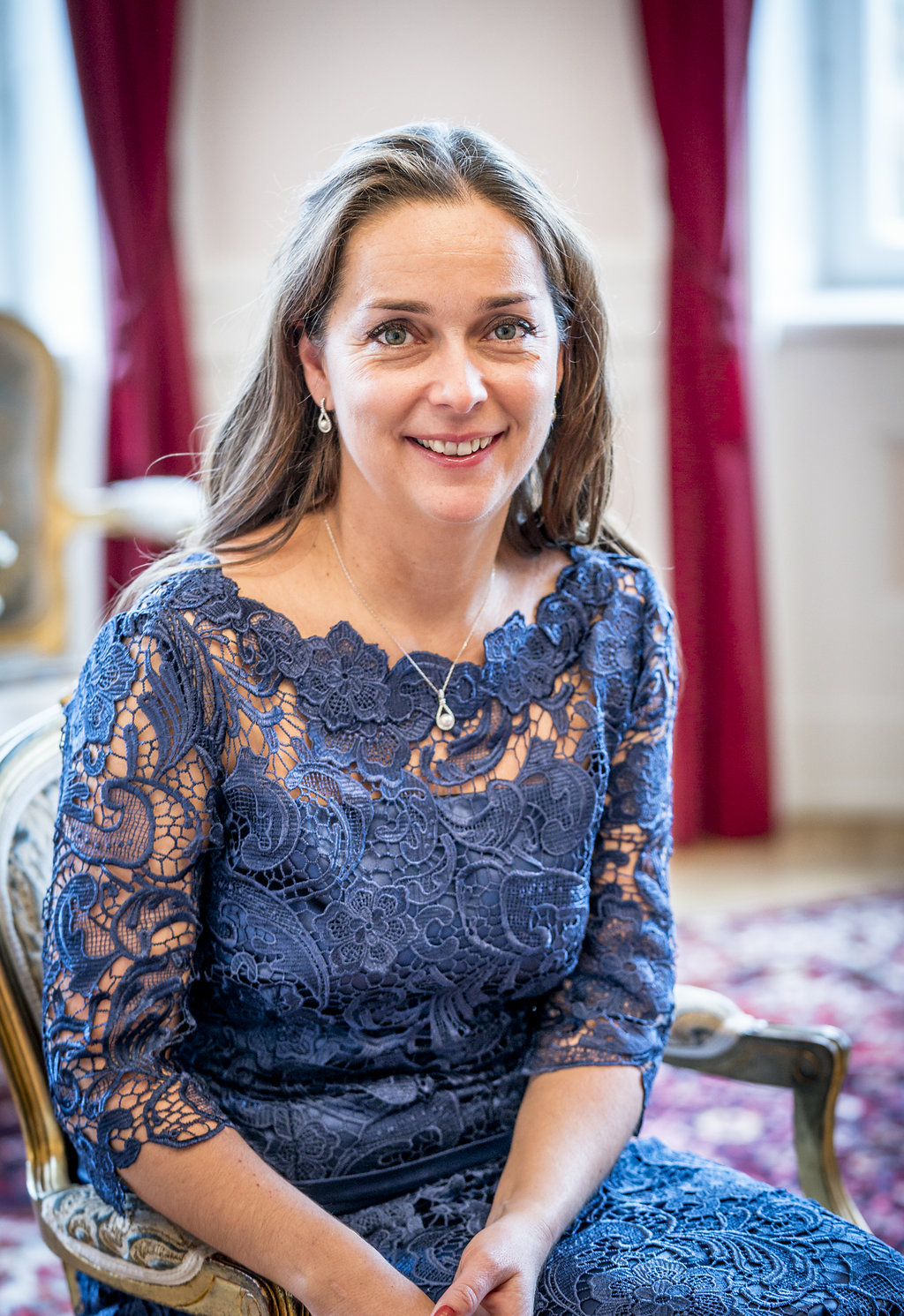 Mrs Adrien Müller was appointed as Ambassador of Hungary to Sweden from 6 September 2017. She handed over her letter of credence to His Majesty The King of Sweden Carl XVI Gustaf on 9 November 2017. Mrs Adrien Müller previously was Ambassador of Hungary to Latvia from 2014-2017 and before that Antici Diplomat at Hungary’s Permanent Representation to the EU from 2012-2014.

Mrs Adrien Müller has a Master degree from the Faculty of Law of the Szeged University (Hungary) specialized to European Law and a lawyer-economist degree from the Budapest University of Economist (today Corvinus University). She studied at the Turku University (Finland) and did a traineeship at the European Commission Internal Market DG (2001). Mrs Adrien Müller joined the Hungarian Ministry for Foreign Affairs, European State Secretariat in 1998. Before appointed as Ambassador she spent of her career with European integration and European Union related matters. At the beginning she was legal adviser in the MFA dealing with EU competition, state aid and public procurement legislation and the approximation of Hungarian laws to the acquis communautaire. She took part in the process of EU accession negotiations and drafting Hungary’s EU Accession Treaty. After Hungary’s 2004 EU accession as Deputy Director, later Director of the EU Coordination and Legal Department she was responsible for legal drafting and establishing the EU coordination mechanism of the Government and the interministerial procedures to speak one voice based on coherent position in the different bodies of the Council of the European Union. In some legal cases she represented Hungary before the European Court of Justice in Luxembourg as agent of Hungary. Her Department was in charge and a focal point for the infringement cases. She also took part in EU institutional negotiations, including the Constitutional Treaty or the Lisbon Treaty of the EU. She was responsible for coordinating the Hungarian positions and mandates for the General Affairs Council and the European Council up to 2010. Before Hungary’s EU Presidency 2011 her Department became responsible also for the preparations of the EU Presidency including the drafting of the trio (ES-BE-HU) and the Hungarian Presidency program, setting the calendar for the six months Hungarian EU Presidency.

She was lecturer and had a major role in establishing the postgraduate EU Legal Studies at the Pázmány Péter Catholic University in Budapest. The Hungarian President awarded her Order of Knight Merit for her contribution in strengthening the Hungarian-EU relations in 2010. Dr. Adrien Müller speaks Hungarian, English, French and Finnish. She has arrived to Sweden with her husband and daughter.